Getting Started with Lodash in JavaScript

When dealing with API responses, more often than not, the data you'd like to access will be deeply nested. 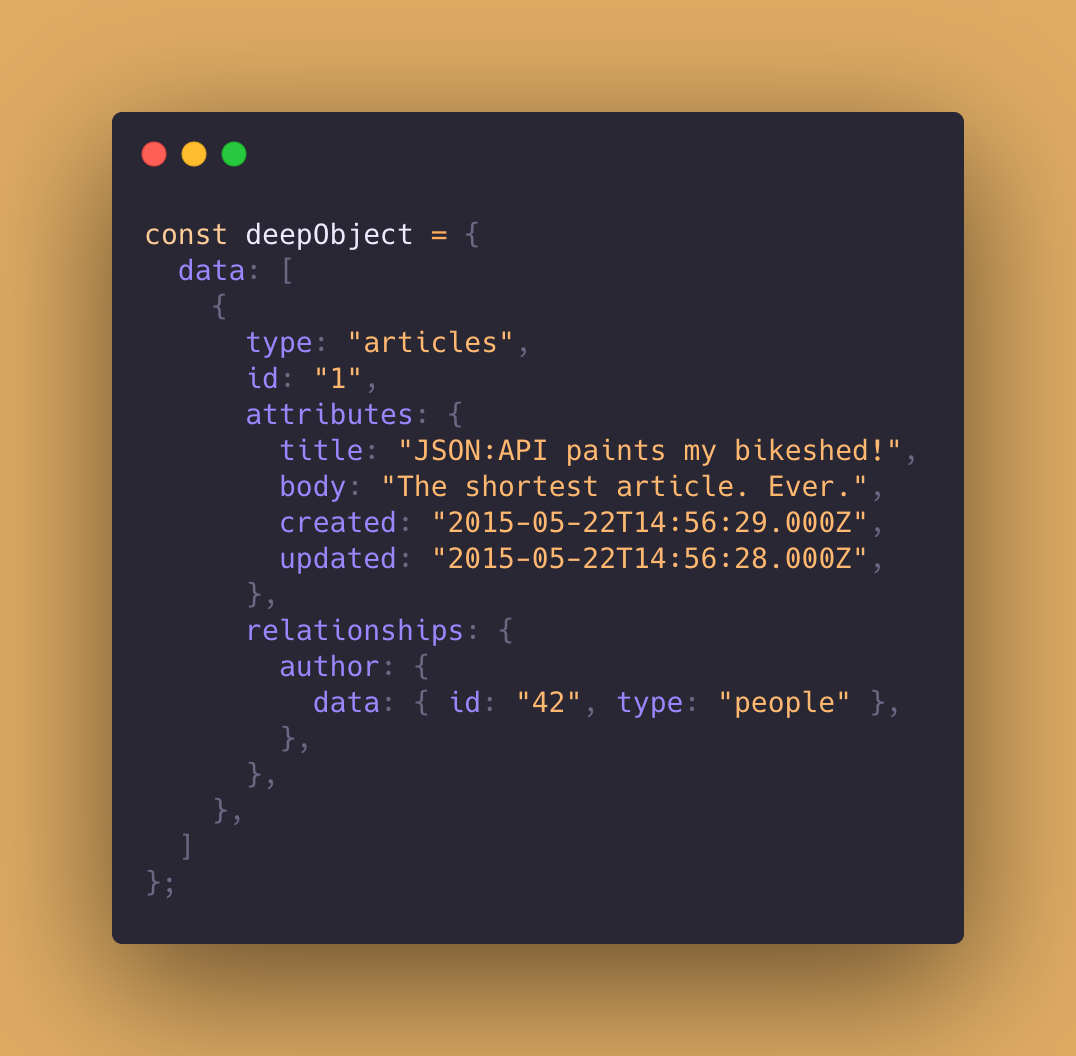 This is a sample response from the JSON API 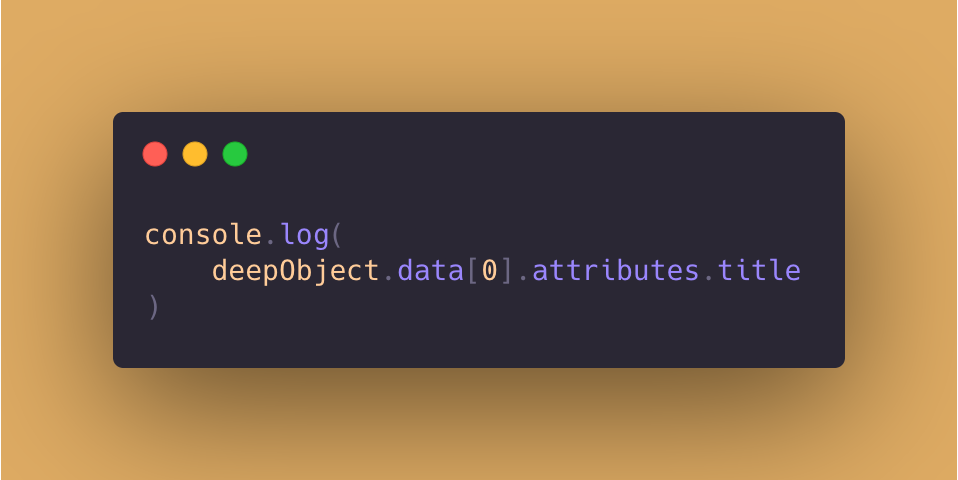 This works fine but we made a big assumption:

However, it is possible that any of them might be undefined. This would throw an error. If 'attributes' is empty or undefined, then 'attributes.title' would not exist.

Lodash's get function can be used to handle the error gracefully. Below is the syntax 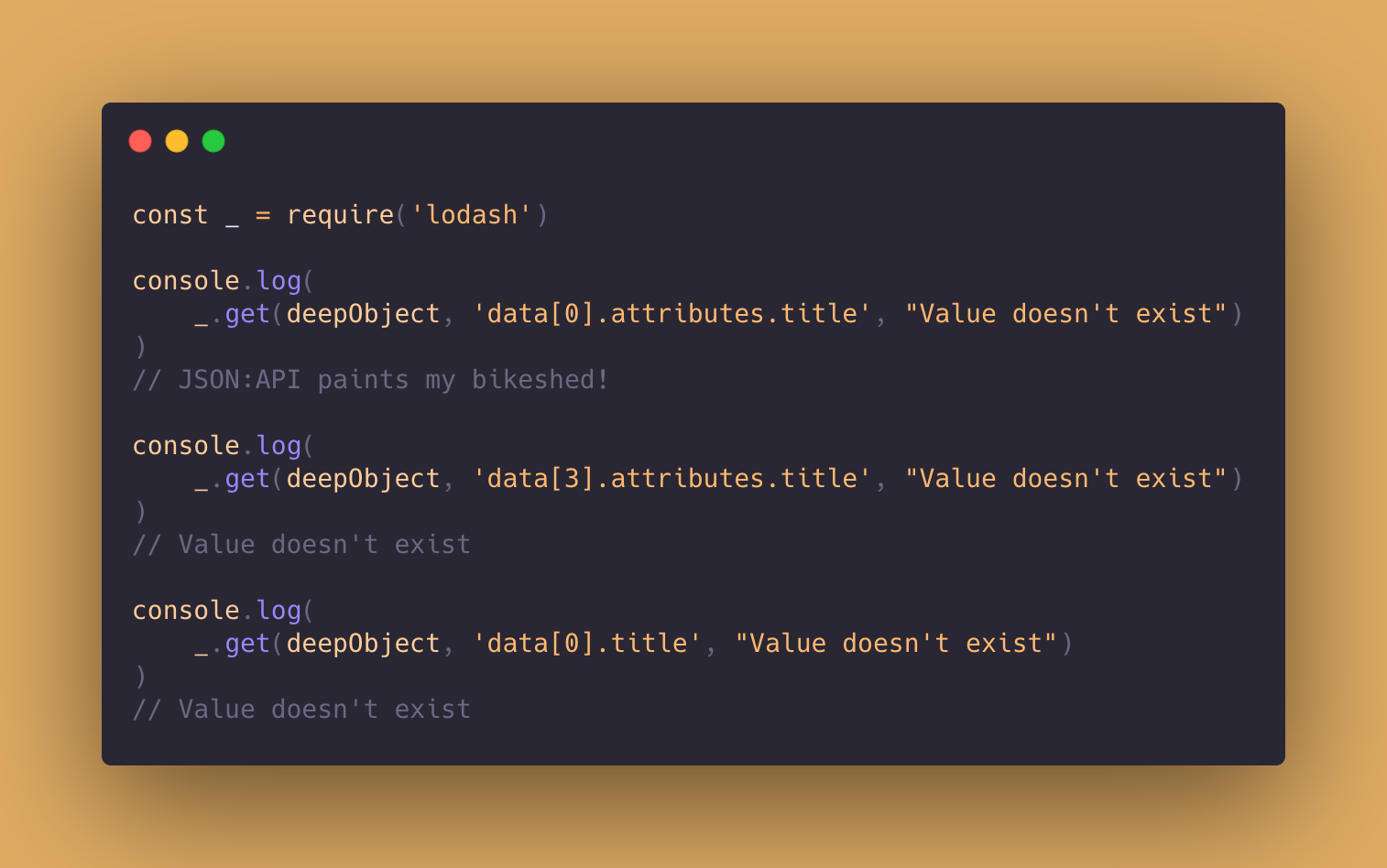 In the second console statement, we try to access the element at index 3 in data but this doesn't exist. Therefore 'Value doesn't exist' is printed in the console.

In the third console statement, we try to print the value for 'title' in 'data[0]' but 'data[0]' doesn't have any attribute called 'title'. Similar to the above case, 'Value doesn't exist' is printed in the console.

We will work with the same object we were working with earlier.

If we want to add a new key-value pair for subtitle inside 'attributes', we could do something like this

Again, we made a similar assumption that the entire path is defined. However, if any part of the path is undefined, it will throw an error.

We can use Lodash's set function to handle this error gracefully. Below is the syntax

If the path doesn't exist, it will create the path. 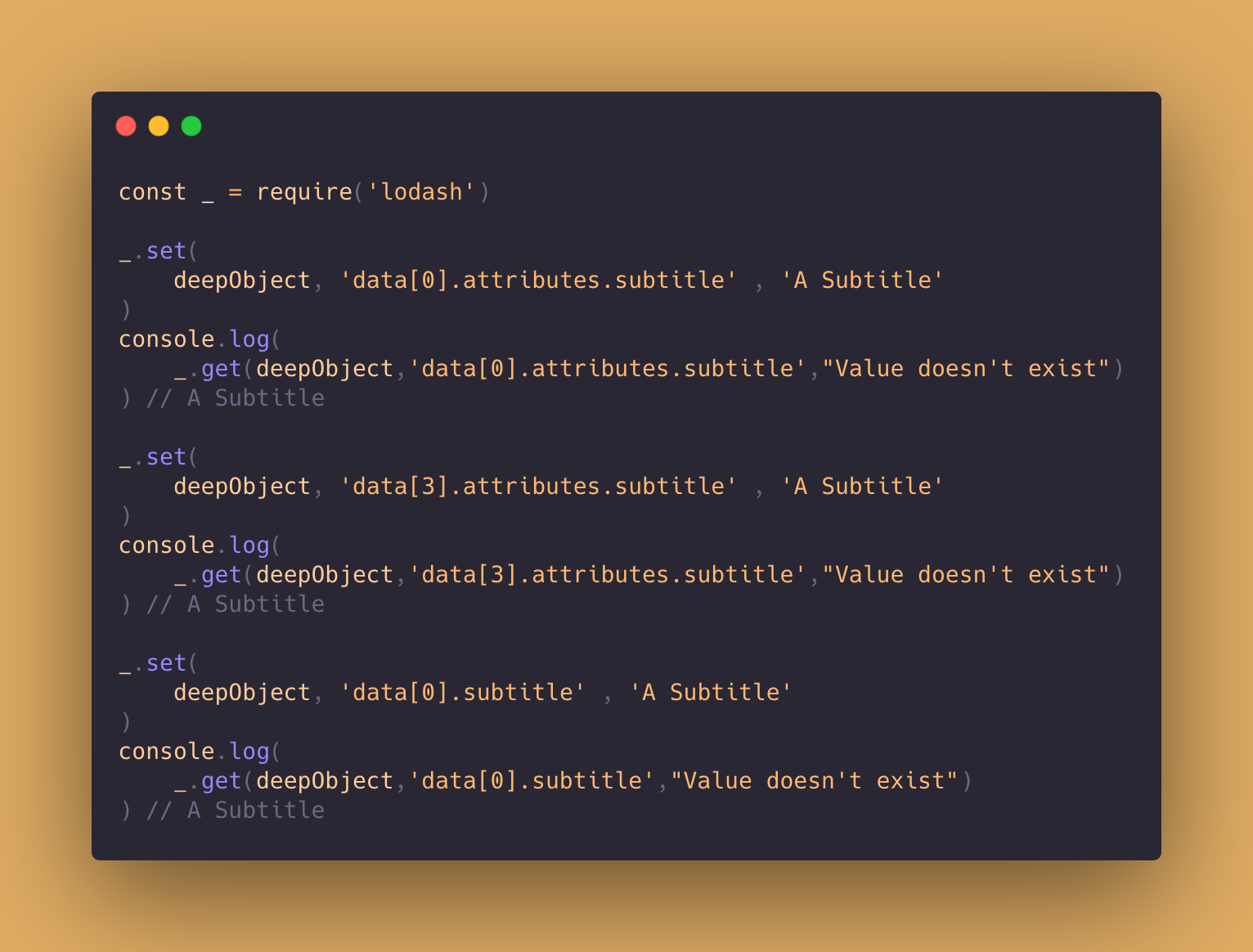 set is an in-place function, i.e it updates the input object. Our new object is below 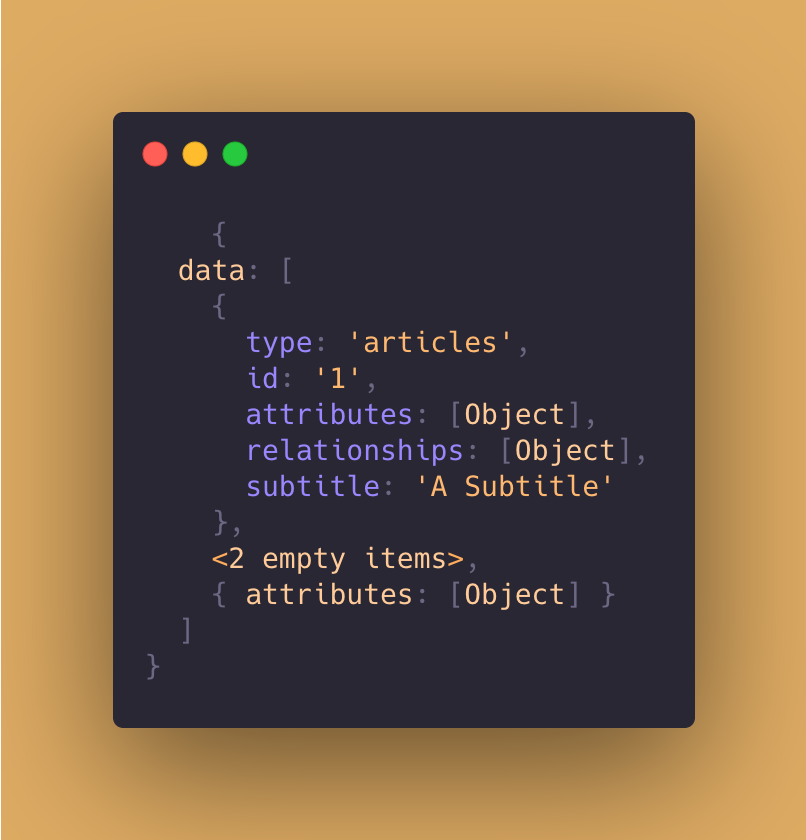 Check if a path exists

We can use the has function to check if a path exists in an object. Below is the syntax 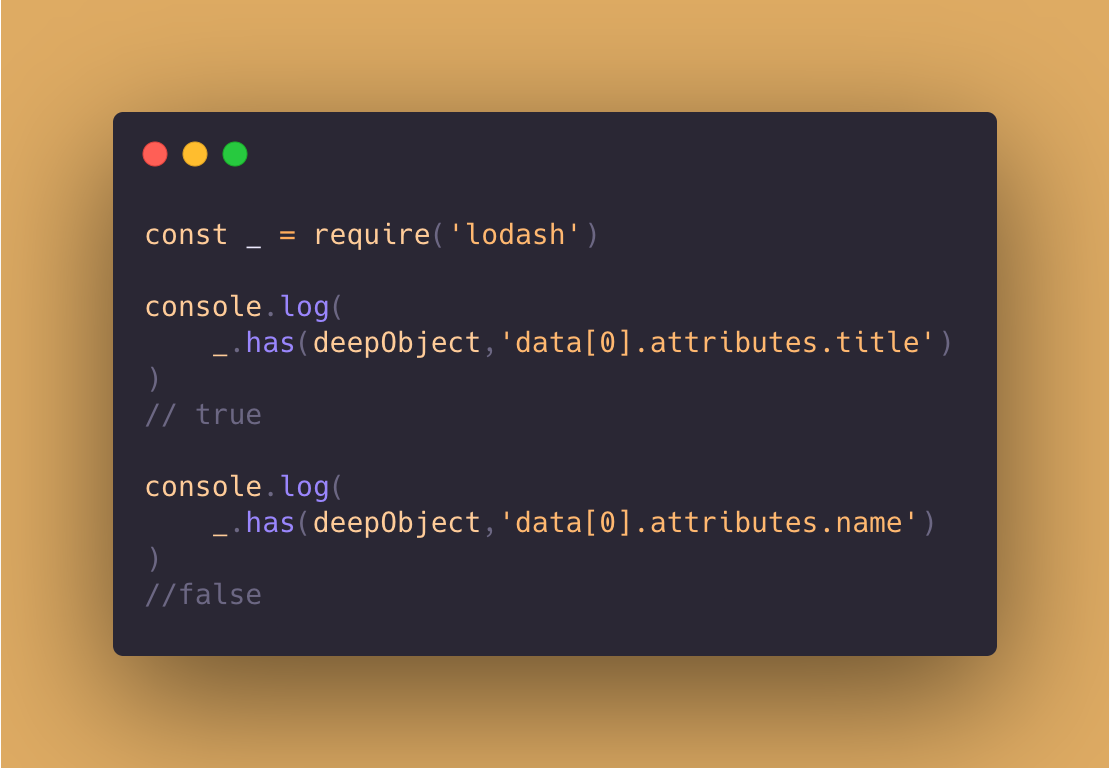 Invert Keys an Values of an object

Lodash's invert function will invert the keys and values. Below is the syntax 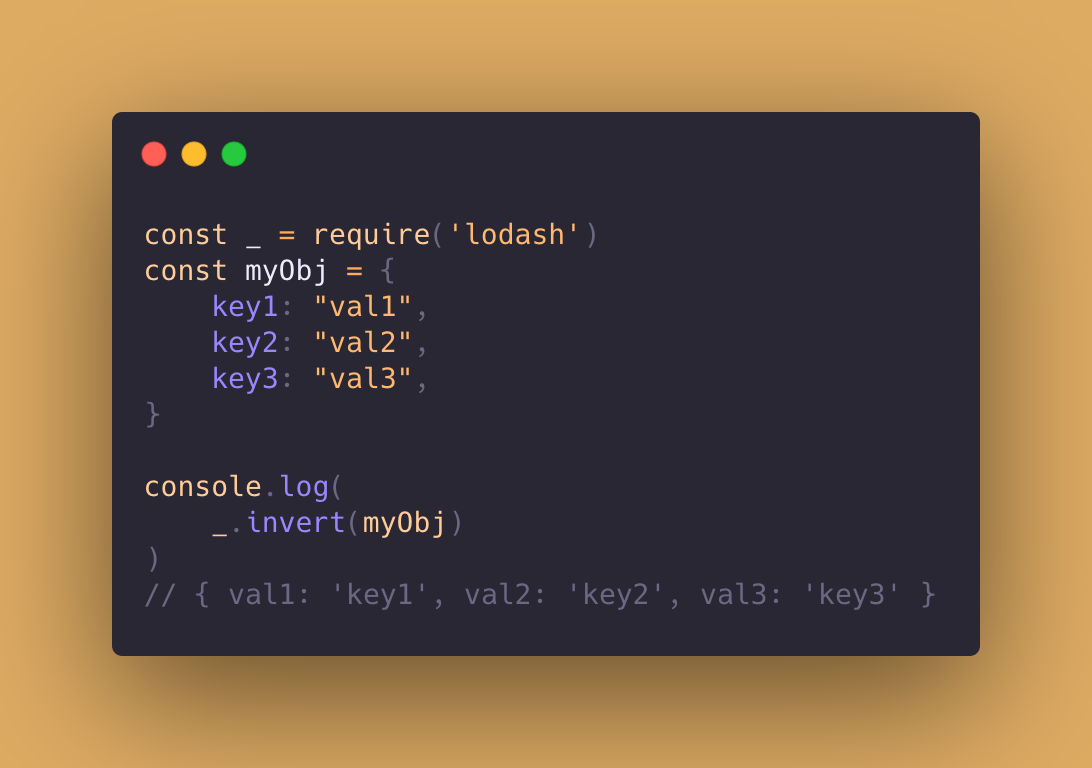 Create an object from another object

If you have a object and want to create an object with some of the keys from the original object, you can use Lodash's pick function. It doesn't add the key and value directly, if the path provided is nested, it will recreate the path as well. If you are confused, refer to the example below

Below is the syntax 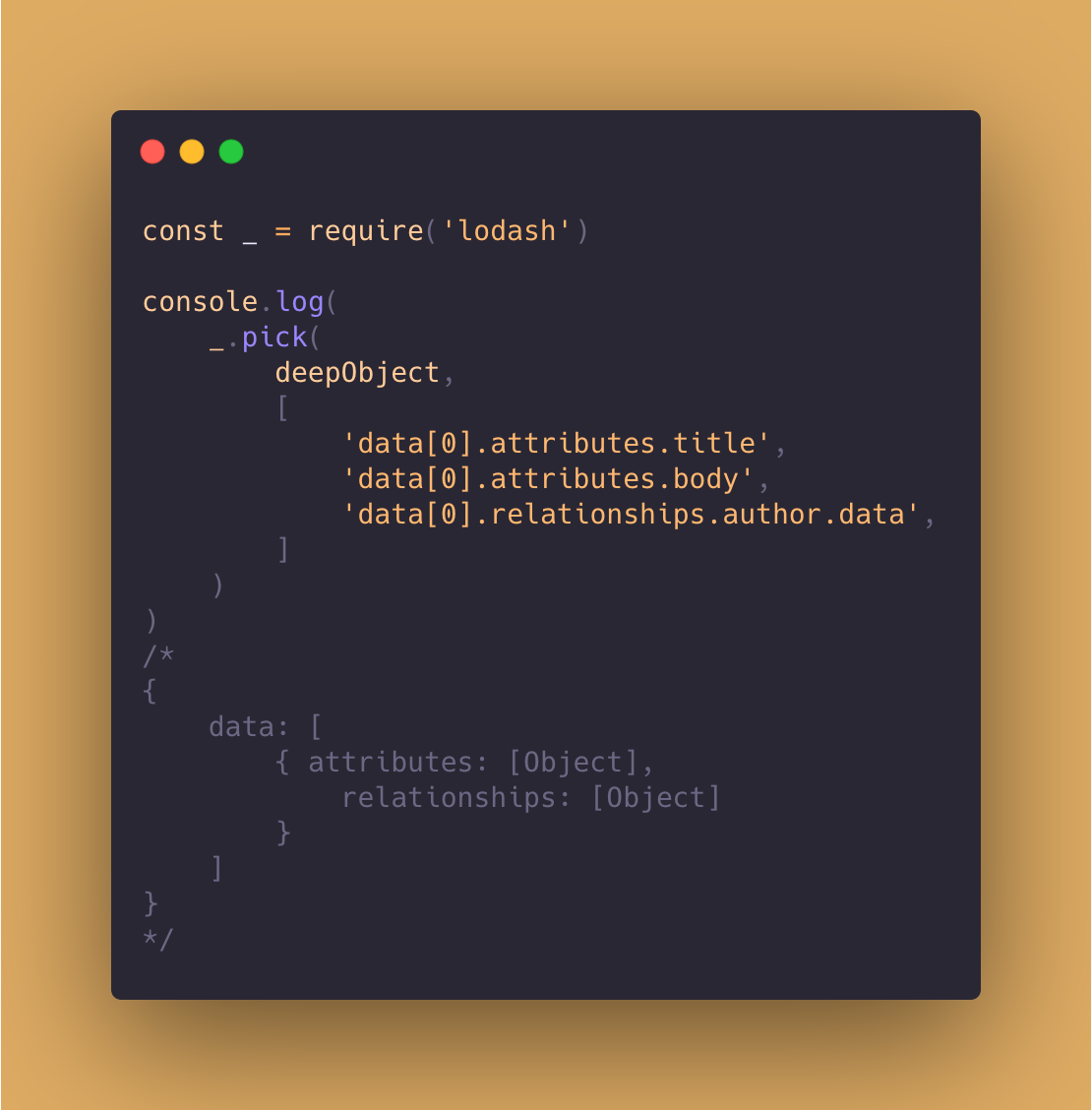 Instead of directly adding title directly, it recreate the path 'data[0].attributes.title'.

Deep Copy of an Object

The cloneDeep function creates a deep copy of an object 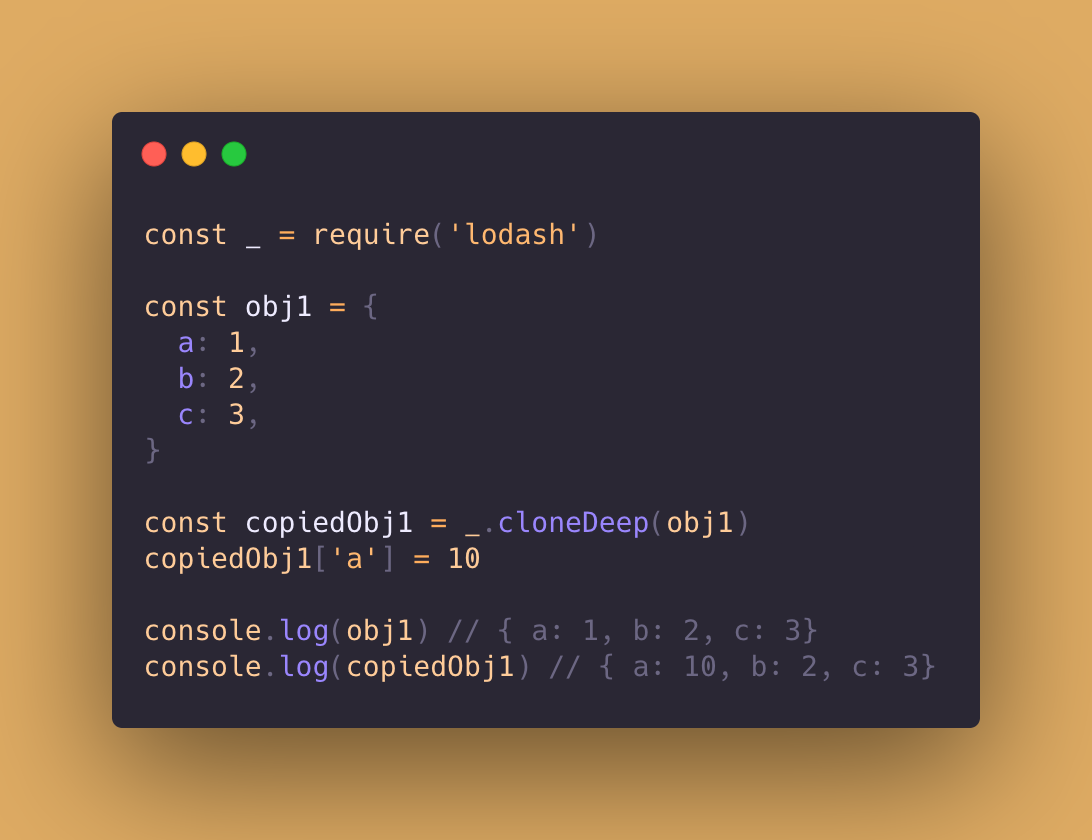 As you can see, the original object remains unchanged.

Compare Object irrespective of the order of the keys 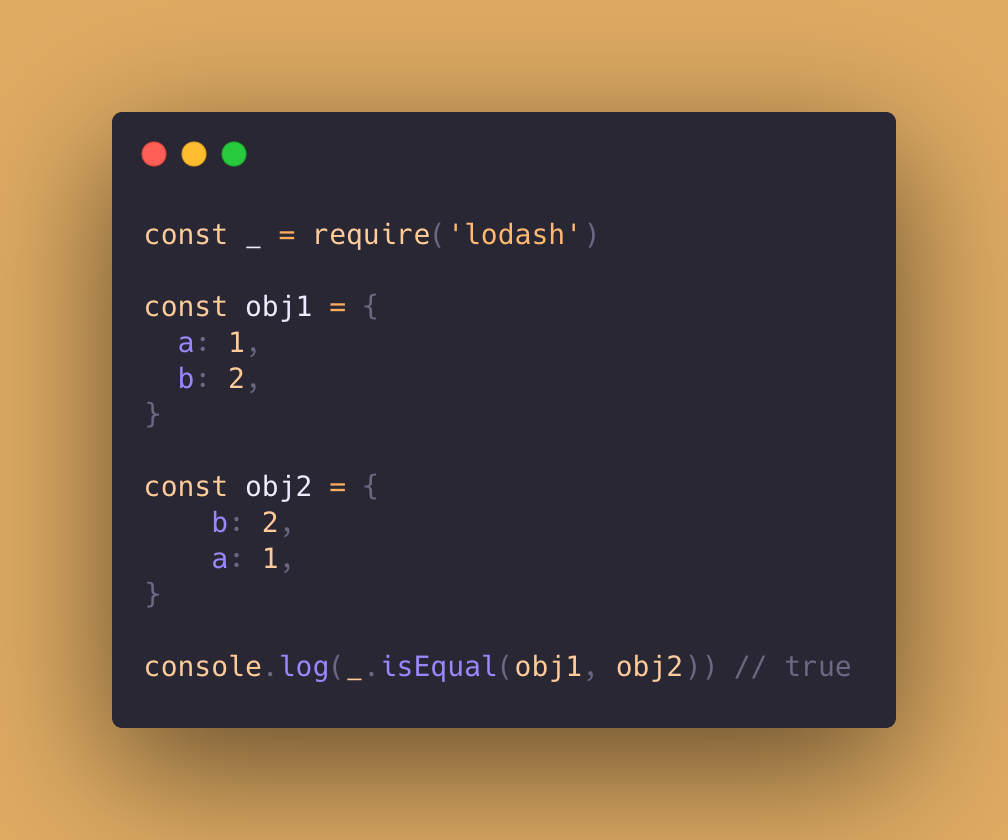 Some Set operations on Arrays

Find the elements in array1 but not in array2 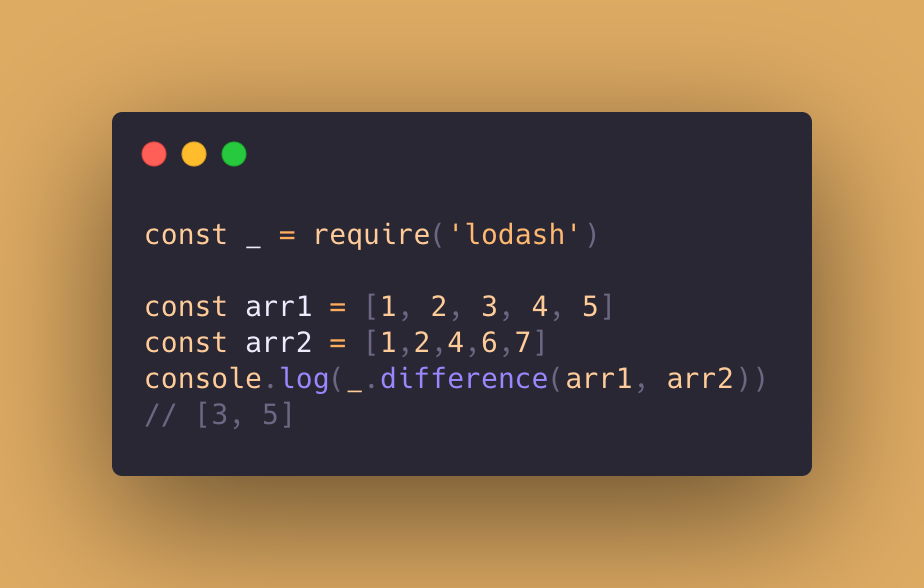 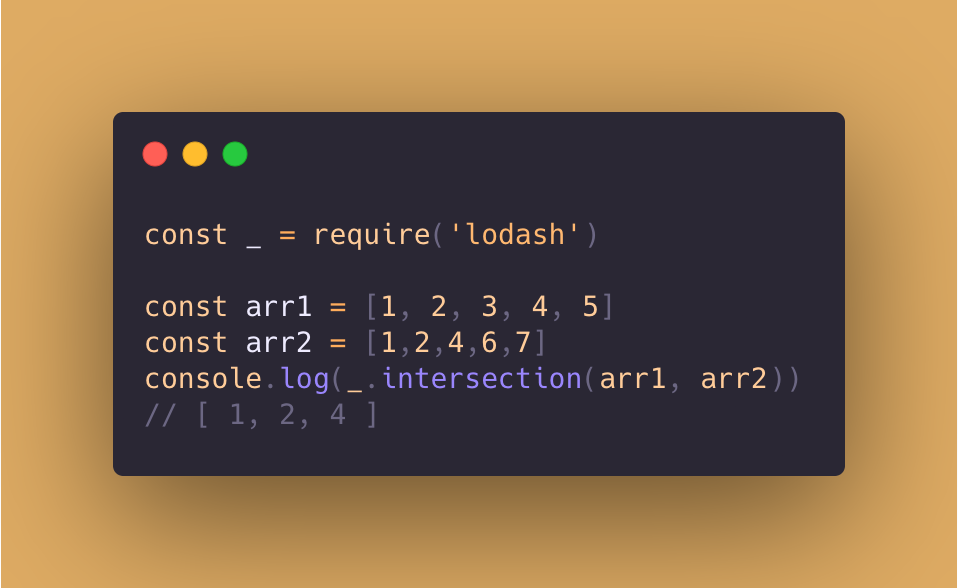 Find the difference between two arrays 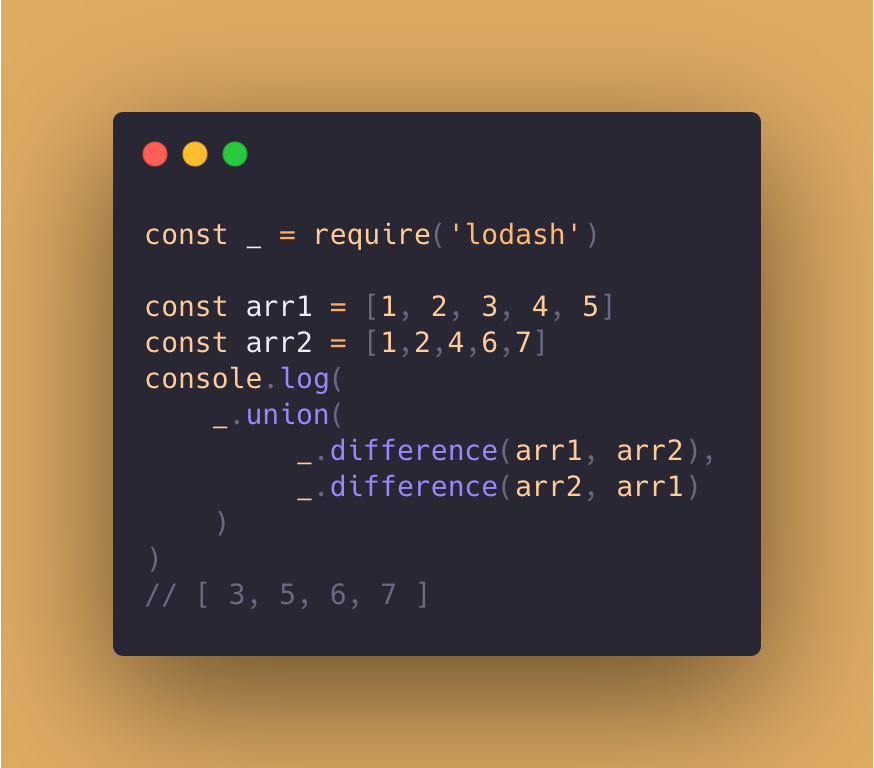 This is similar to the zip function in Python. 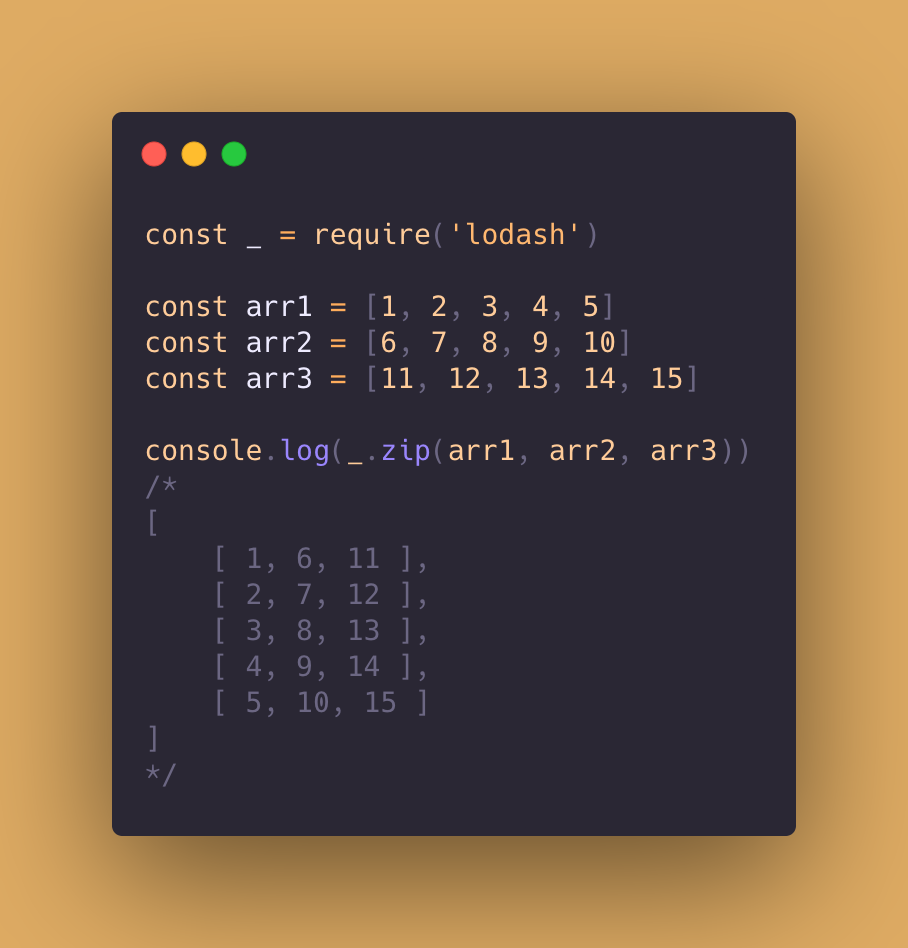 Get unique elements of an array 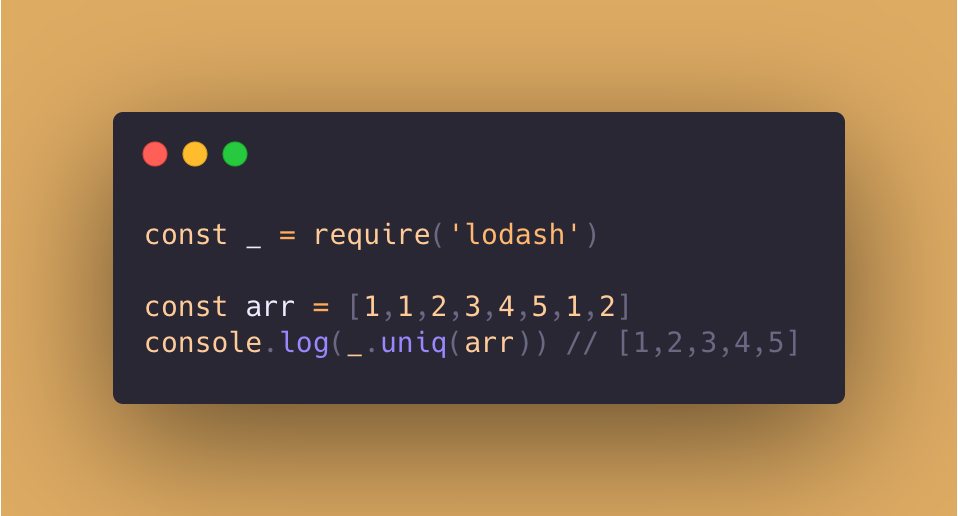 Lodash has a bunch of other useful functions, refer to their documentation for more

Interested in reading more such articles from Rahul Banerjee?

Support the author by donating an amount of your choice.